The first Magic Tree House book was published in 1992, introducing the world to Jack and Annie, a brother and sister who discover a magical tree house filled with books. In Dinosaurs Before Dark, the tree house takes them on their first journey—an adventure in prehistoric times. Since then, the magic tree house has whisked Jack and Annie—and lucky readers!—on many more adventures through time to different places around the world. They have even gone to mythical places not found in this world! With the help of their friends from the kingdom of Camelot, Jack and Annie use research books, riddles, codes, and courage to solve problems, complete missions, and help those in need.

In 2000, the first two Magic Tree House Fact Trackers came out, cowritten by Mary Pope Osborne and her husband, Will Osborne. These nonfiction companions to the Magic Tree House books give readers a fun and easy way to find out more about their favorite places, time periods, and subjects. After the first eight titles, Mary’s sister, Natalie Pope Boyce, came on board to coauthor with Mary.

In 2001, the first Merlin Mission was published, Christmas in Camelot (although in the first few printings it was still called Magic Tree House). The Merlin Missions are nearly twice as long as the original twenty-eight titles, with smaller print and a higher reading level so kids who start to read chapter books with Magic Tree House can continue reading about their favorite characters and be challenged.

The Magic Tree House books are number one New York Times bestsellers. With more than 134 million copies sold, they have been translated into many languages and are available in more than thirty countries around the world. Highly recommended by parents and educators everywhere, the series introduces young readers to different cultures and times in history, as well as the world’s legacy of ancient myth and storytelling. The series’s irresistible mix of magic, myth, history, and mystery has inspired a love of reading in countless children all over the world. 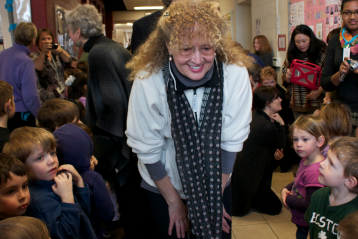 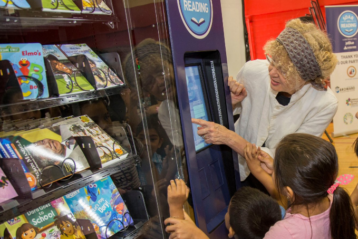 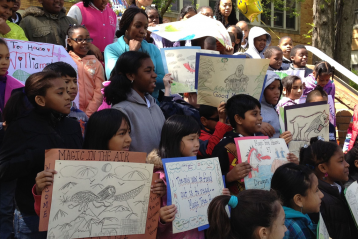 Educator of the Year

Enter your birthday to continue